AIL Storm is an Israeli off-road vehicle and one of the main jeeps used by Israeli security forces – both military and police. The series of Jeeps based on the Jeep Wrangler is manufactured by Automotive Industries Ltd. since 1990 (Storm I).

In 2006 the Strom II (M-242 Storm Mark II) was rolled out with many upgrades, most significantly an addition of dual passenger doors making the Storm II the first five-door Jeep Wrangler derivative.

The next version, the Storm Mark III began manufacturing in 2007, first for the civilian market as the Israeli army decided not to buy it. Only in 2010, after the Jeep was assembled in the US to allow the use of US military Aid to Israel for its purchase, did the Israeli military acquire 500 of them.

Aside from the Israeli market, Sufas have long been exported to countries in South America, Asia, and Africa. 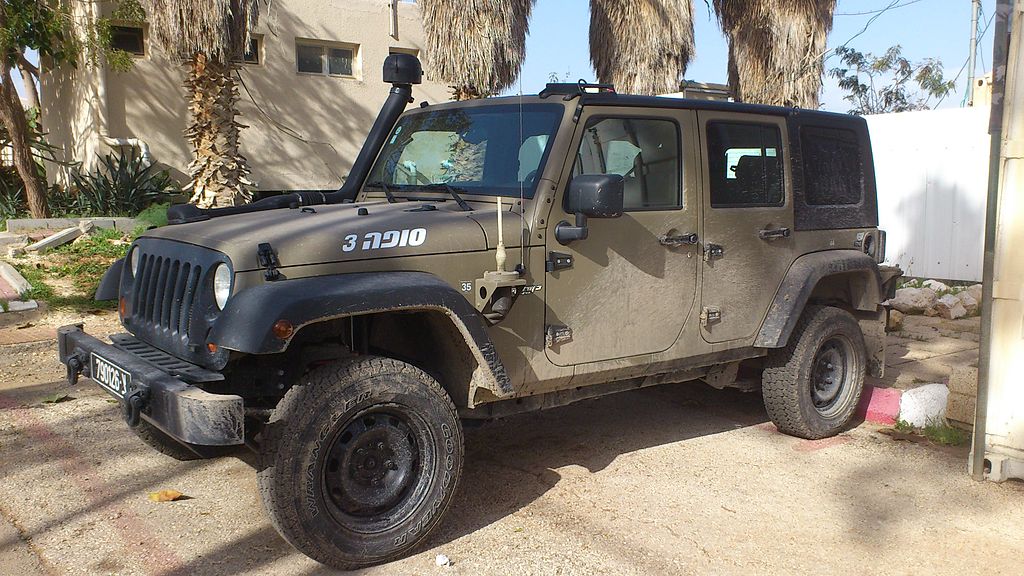 Use by Israeli Forces

The Storm is the main jeep used by Israeli military and border police forces. Operational since the early 90’s, it has taken part in every major military operation since. It is also the main vehicle used for ongoing missions in the occupied territories. This includes night raids and arrests, suppression of protests, flying checkpoints, home demolitions, and all other ongoing activities of the military in occupied territory.

large numbers of the Sufa were acquired from Israeli government-owned firms like the Israel Electric Company and Mekorot water company, as well as Israel Nature and National Parks Protection Authority and the Israel Police.[4]Land Rover and More : Ail Sufa (Storm)